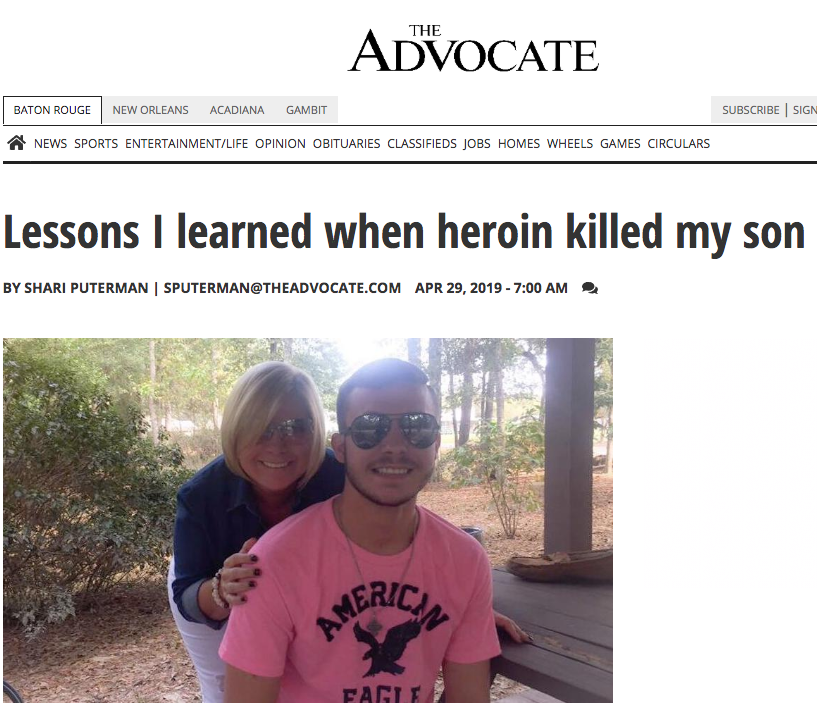 This article first appeared in the Advocate of Baton Rouge and contains contributions by Sarah Hamauei MD.

“Everyone fell in love with Bryce from the moment they met him … he would light up a room. He was very loving, he had the biggest heart of anybody I knew, and I think toward the end, that’s what killed him. He was so disappointed in himself. It was eating him alive. One night, he came to me crying, asking, ‘Why can’t I stop this?  I just don’t understand, I don’t wanna be like this.’ But it was just so much bigger than him.”

April Gomez, 49, reflects on her son’s life with an indescribable sadness in her voice.